Posted on November 5, 2017 by johnjoiner 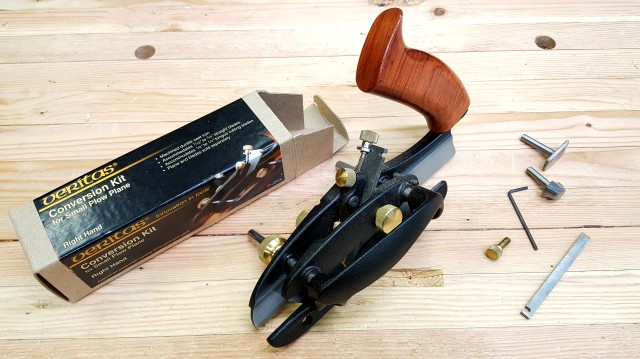 I’m working on the shelf underneath the Roubo bench. I’m using some very old boards I’ve had in the shop; California cypress. The wood is beautiful, and has wavy grain and is brittle. Not too fun to work. I used the Veritas plow plane with the conversion kit to make tongue and grooves in these shelf boards. It was a tough test. In addition to being brittle a number of the boards even had knots on the edge where I made grooves.

I like this plow plane a lot. It’s pretty easy to set up. And once set up I’ve always found it to hold it’s setting. The one drawback is that the shavings go into my hand instead of up onto the bench like with antique plow planes. So I have to stop every few strokes to clear the shavings.

I don’t know if I’ve used this to make a tongue before. It worked fine, and wasn’t too tough to set up. Some poor planning on my part caused me to have to switch from tongue setup to groove setup and back to tongue setup, which wasn’t too bad. The largest blade available makes a 1/4″ tongue. I was working with boards 7/8″ thick and would have liked one size larger.

Given that I know of no new alternatives out there except for the new Veritas combination plane, and copies of the Stanley #48 and #49 planes at $195 each, I’d definitely go with this plow plane again (or possibly the combination plane if I wanted to add the ability to use it to make beads.) 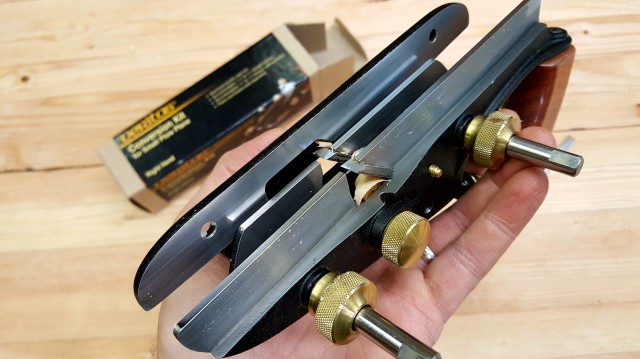 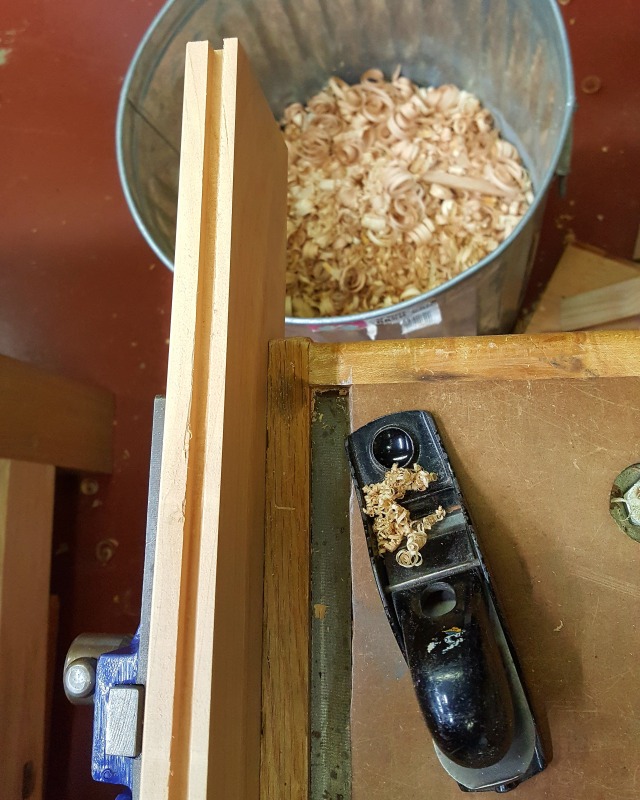 The groove in a cypress board

Computer nerd by day, Dad and woodworker by night. Woodworking blog at https://johnjoiner.wordpress.com/
View all posts by johnjoiner →
This entry was posted in projects, tools and tagged plow plane, Roubo workbench, veritas. Bookmark the permalink.